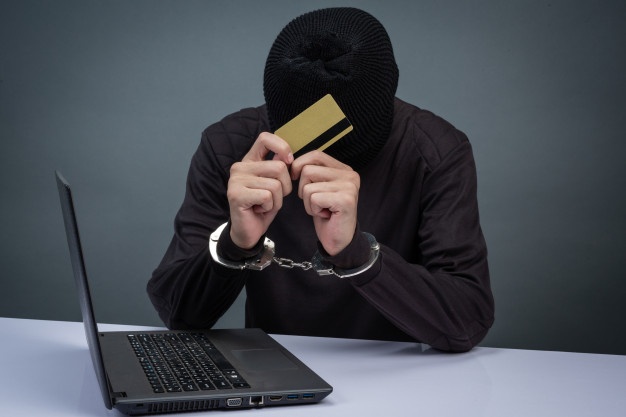 The coronavirus pandemic has significantly affected the patterns of crimes in the United Kingdom. Though the number of domestic burglaries and thefts from persons showed a large decrease, commercial places in London faced more crime during lockdown. It is because most business premises were closed, many sites were left vacant, and businesses that were open had limited staff.

Before answering that, we would like to give you an idea of the crime pattern in London over the last 10 years. 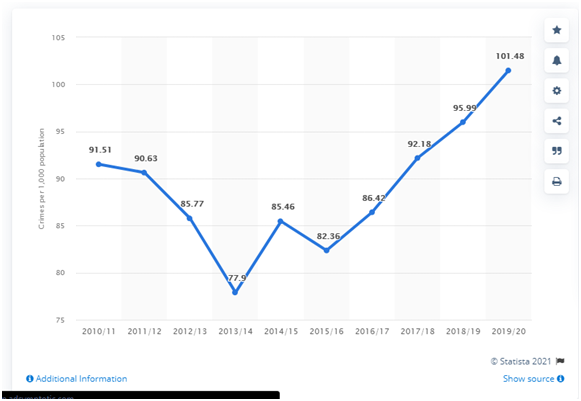 In 2019/20, the crime rate in London shot up to 101.48 crimes committed per one thousand people. The crime pattern shows a significant increase in crime every year since 2015/16 in the capital of the United Kingdom.

Even though crime rates have decreased in some areas during the lockdown in the year 2020, we can certainly expect the crime rate to increase as the market is returning to normalcy. This is not baseless because even though crime remained lower in the prime time of lockdown compared with the respective months in 2019, the police recorded that the difference decreased as lockdown restrictions gradually eased over the summer the last year.

The Office for National Statistics (ONS) quoted, “a phased exit out of lockdown began on 8 March 2021, with recorded crime 7% higher in March 2021 than in March 2020, when the first national lockdown was introduced”.

All these figures herald a surge of crime in London post lockdown.

If we take a look at the bigger picture, meaning the current crime rates in entire England and Wales, figures are disturbingly alarming.

The above chart shows that violent crime is still highly prevalent along with anti-social behavior.

As you can see in the above table, many types of crimes, such as anti-social behavior, violent crime, criminal damage and arson, thefts, and public order reported a substantial increase from May 2021 to June 2021. The overall crime rate has also significantly increased during the same period this year.

Thus, it shows a clear picture of the increasing crime rate in the United Kingdom post-Covid-19 lockdown.

According to the Construction Equipment Association (CEA), a 50 percent surge was recorded in construction crime rates such as raids on vehicles & sites and theft of plant equipment & tools since lockdown.

HOW TO COMBAT INCREASING CRIME IN LONDON, UK

An increase in crime rates post-lockdown calls for a robust security system in your commercial and industrial premises. The best way to do this is to combine commercial security services backed by human security guards and CCTV surveillance systems at strategic points on your property in London.

At Crownguard Security Service, we offer top-rated commercial security services in London to provide elite protection against potential crimes and threats. We have a team of highly disciplined and dedicated guards, including specialized ex-military trained guards who you can rely on for optimum protection and security.

For any queries or assistance on commercial security in London, please get in touch with us.